Hi, I was trying to obtain the gene effect score for each cell line for the gene RPS14 using the CRISPR-gene_effect.csv download. However I see that the data for that gene is not included in the cdv file but there is values available on the portal. So just wanted to flag it. Thank you;

Unfortunately, it sounds like you have stumbled into a very common source of confusion.

The heart of the issue:

In the case of RPS14, this is the dataset containing only CRISPR screens at the Broad: 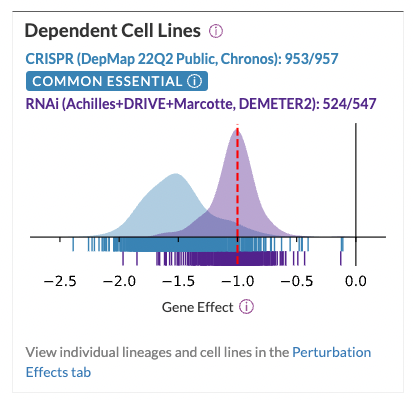 Note the label at the top which reads “CRISPR (DepMap 22Q2 Public, Chronos)” and contrast this with what you’d see for BRAF: 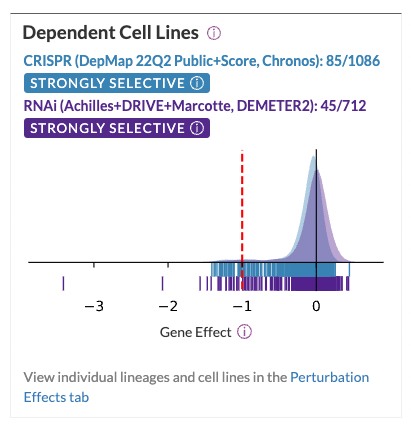 This one is labeled “CRISPR (DepMap 22Q2 Public+Score, Chronos)”

I’ve seen a fair number of people ask questions like yours and so I think it’s important to change how the portal refers to datasets to avoid this confusion. However, that will take some time, so you can expect it improved in the future, but I don’t yet have a timeline for when we’ll be improving this.